Martial Arts For The Tactical Athlete 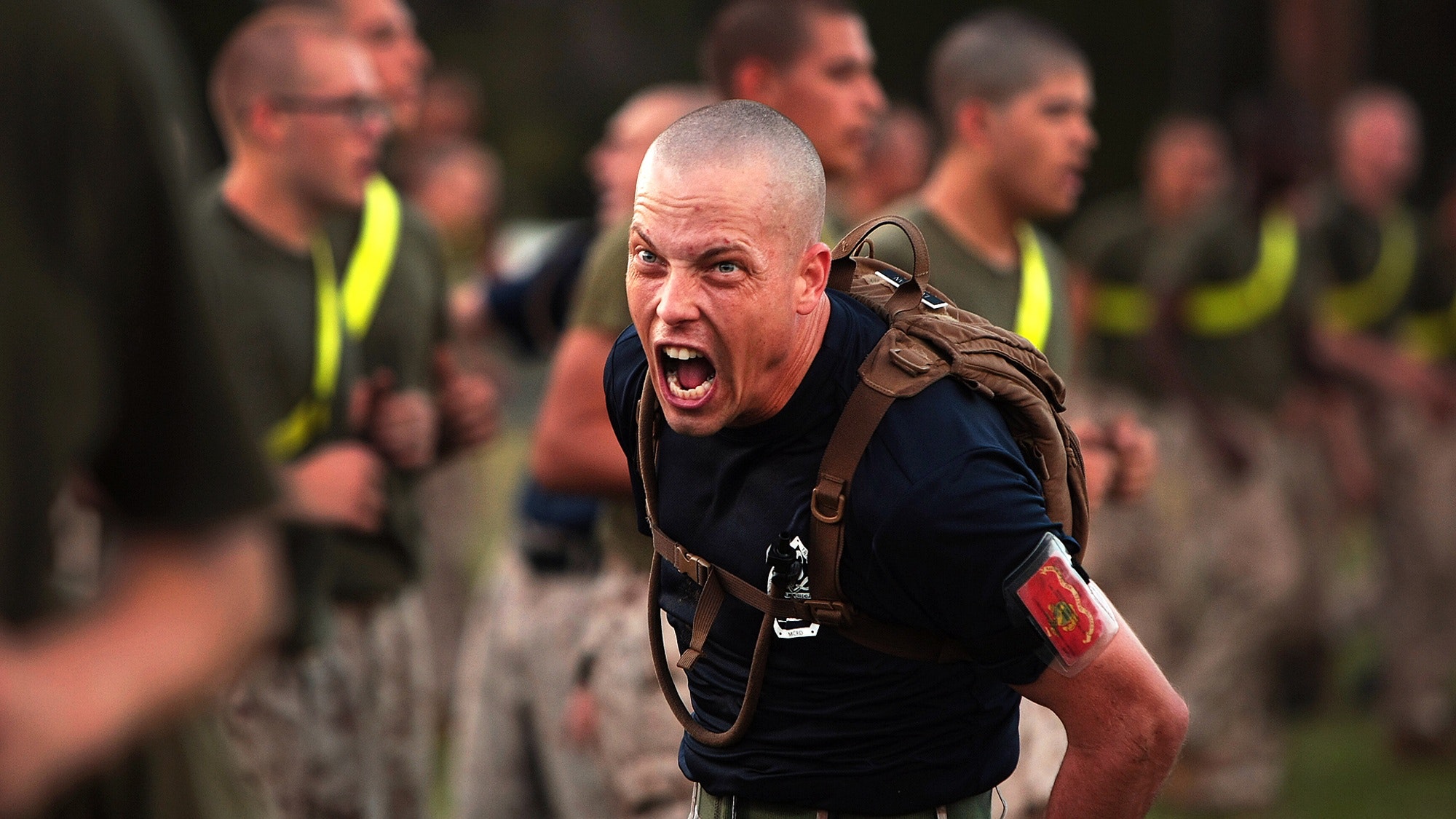 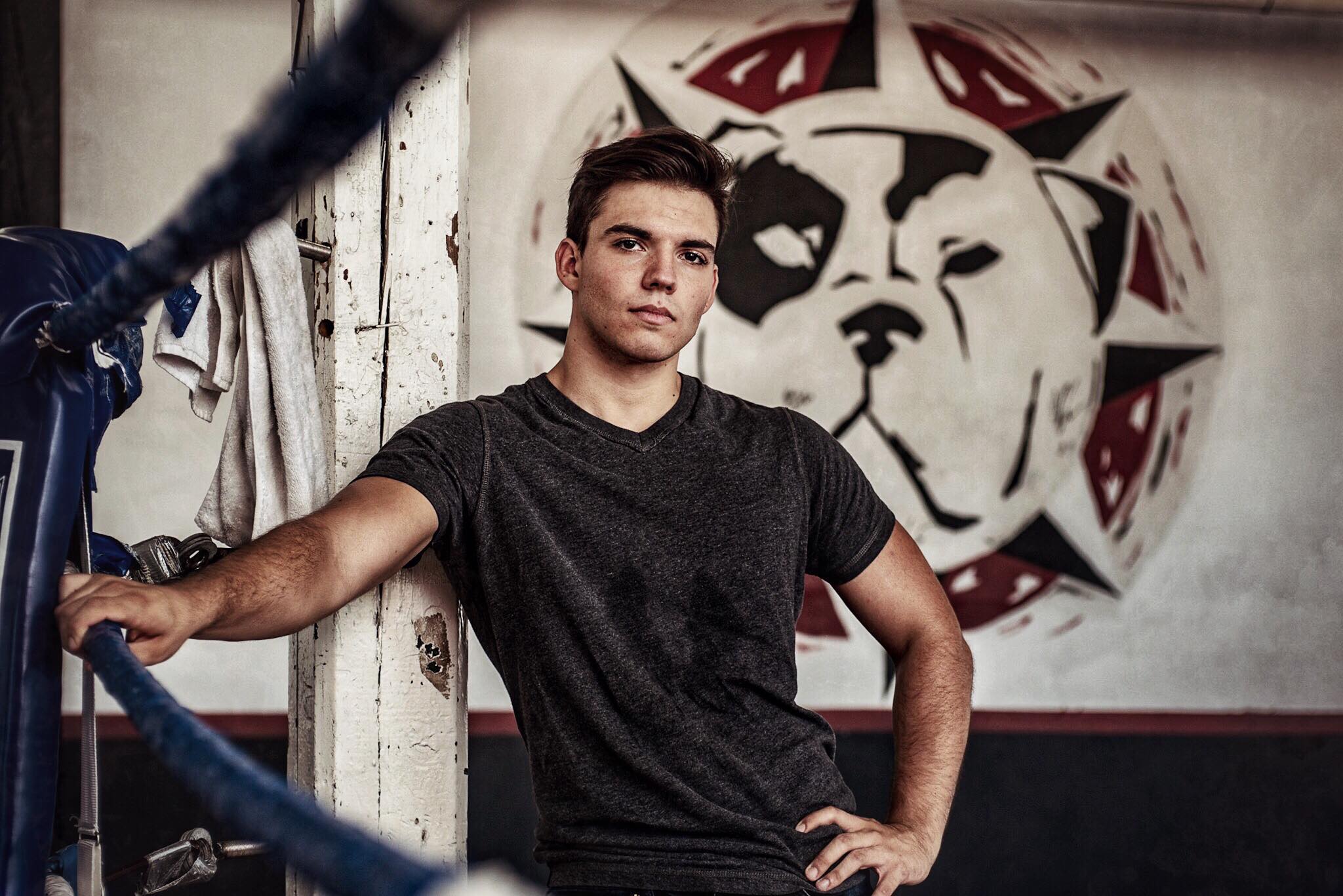 Chad Kirkham
is the Owner of The Warrior Path, MAP Fitness, and is Head of Strength & Conditioning at MAS Thaiboxing. Chad has devoted years to the study of maximizing performance and health for the purpose of making sure our nations military and emergency service personnel are as safe as possible executing their sworn duties.

For the modern tactical athlete martial arts have become immensely popular staple of training and for good reasons. Martial arts provide immense energy system training, great CNS and motor control development, explosive power, and the obvious one; the ability to defend yourself and others. But which are best and how can you effectively implement them into your training?

Tactical Athletes Who Would Find Benefits In Martial Arts

Almost everyone in the world can find some benefit in practicing a martial art but there are a few key tactical athlete jobs where this become significantly more beneficial. These are security, police, and military. These skills will allow us to control and dominate a position when someone becomes physically combative, this can be especially useful when deadly weapons are present such as firearms on a police officers duty belt. Most of what we will cover is directed towards the police side as they will more consistently see violent interactions and will have the most oversight on use of force. Now lets characterize and break down these different martial arts. 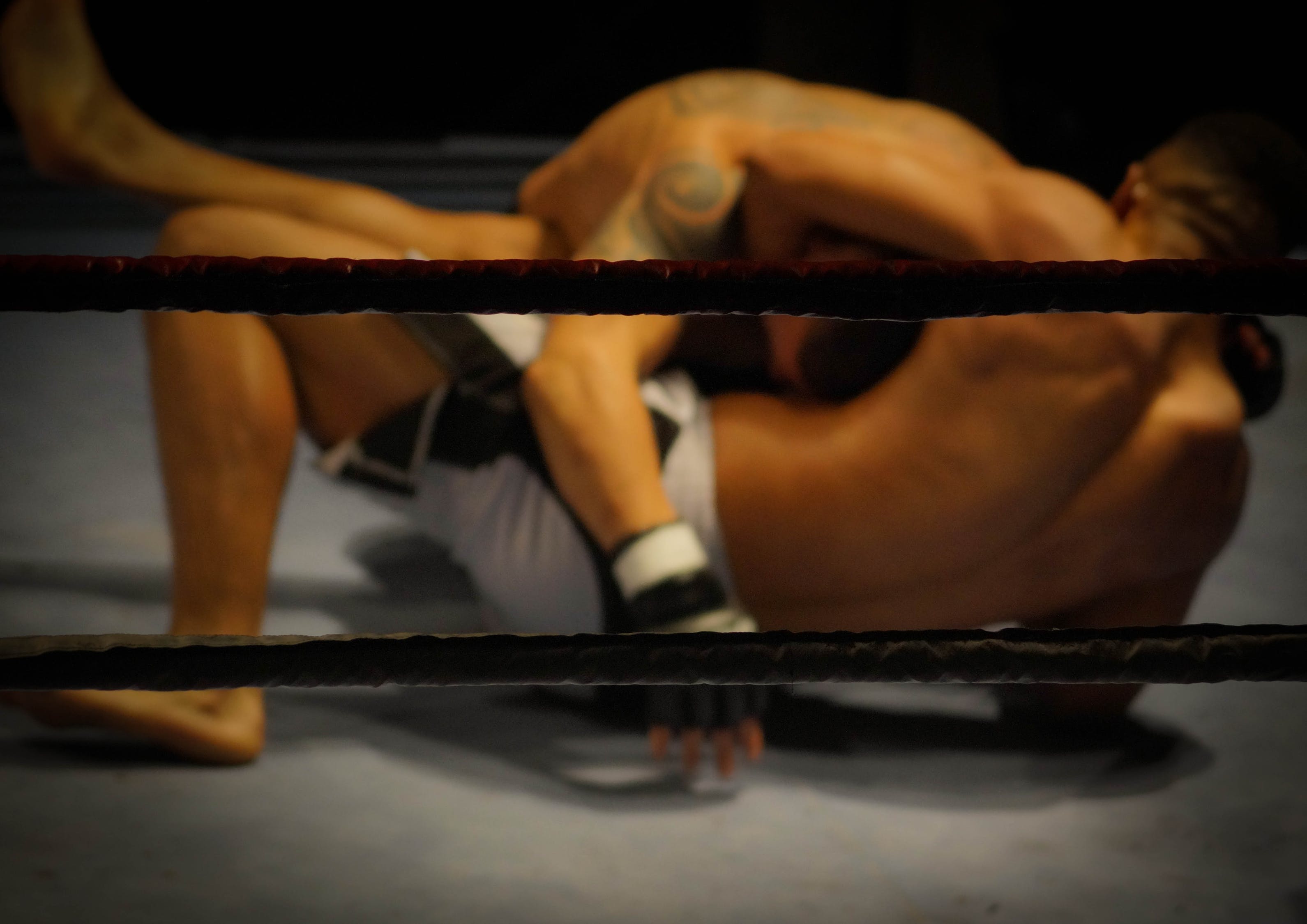 Grappling is probably the most useful tool to understand for anyone who may be physically confronted in the line of duty. A vast majority of fights end up on the ground in some form or fashion. For someone who doesn't understand how to effectively move in these situations it can be a death sentence. Scrambling and panicking on the ground is a very common occurrence, burning too much energy and over a short period of time can leave you exhausted and defenseless.

While a minor amount of skill and knowledge can leave you cool and collected, allowing you to move and articulate at the proper time to gain control of the situation and gain a dominant position.

Grappling arts are in a dominant role for many jobs that require use of force for a few reasons.

Grappling arts also tend to be highly beneficial for women and people who are lighter on the scales, as most of the capabilities come from skill rather than strength. This allows most people who have 6 months of training, to be able to consistently beat larger opponents who are untrained.

The most common forms of grappling are Brazilian Jiu Jitsu, Wrestling, Sambo, and Judo. Each of these are effective in their own capacity and no one would be at a major disadvantage or advantage by taking one over the other for the purposes of self defense in the line of duty.

I have taken striking arts, combatives, & brazilian jiu jitsu and in my opinion for the ability to progress and the overall dominance you can develop grappling is my top pick between the three.

Striking has long been a practiced martial art, since the dawn of time we have been punching and kicking one another. There is no question that striking arts are highly effective when being used for self defense. The issue becomes when we look at justified use of force and the legal repercussions behind being an effective striker. 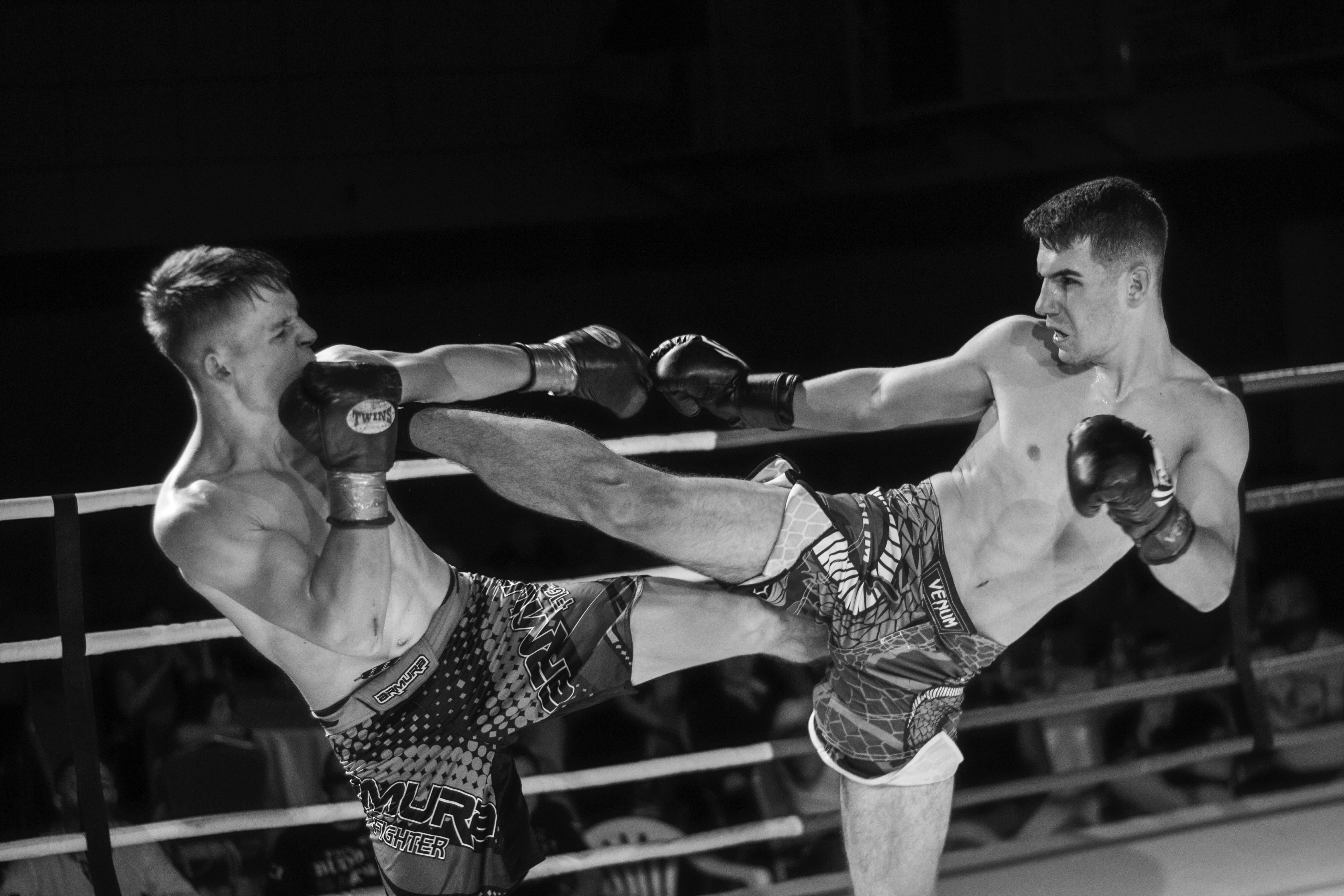 There are tons of situations where striking will be allowed within the use of force model; with each state, province, and country having different allowances for it. Now striking has a significant advantage when dealing with multiple opponents compared to grappling because you aren't being wrapped up on the ground. You also have another advantage, most untrained people have little to no skill when it comes to fighting but many still have enough knowledge to throw a punch or a kick. As you become proficient with striking you will begin to be able to read you opponents strikes and especially if they are untrained you will be able to see them telegraphed extremely easily. This will allow you to react in an effective and timely manner.

That being said striking has significant downsides. Effective striking can sound very poor in a transcript, especially when used on soft targets or "extra harmful areas". Such as the face, ribs, throat/neck, back, stomach, and in some situations even legs, after seeing all those areas blocked out its difficult to see where you can legally and effectively strike.

You also need to take into account public opinion, and the now common practice of video taping violent situations. We have all seen police brutality videos, whether they are actually excessive use of force or just edited in a way to demonize the police; one of the most common acts that they contain is striking. Striking can be very brutal when used, especially for people who do not commonly see it. When done effectively striking can be especially devastating and many police officers have lost their jobs because of this even when they are within their departments approved use of force tactics. So be sure, if you are going to use it make sure its legal, its done as sparingly as the situation will allow, and you know how to phrase/justify it effectively for a potential legal case. 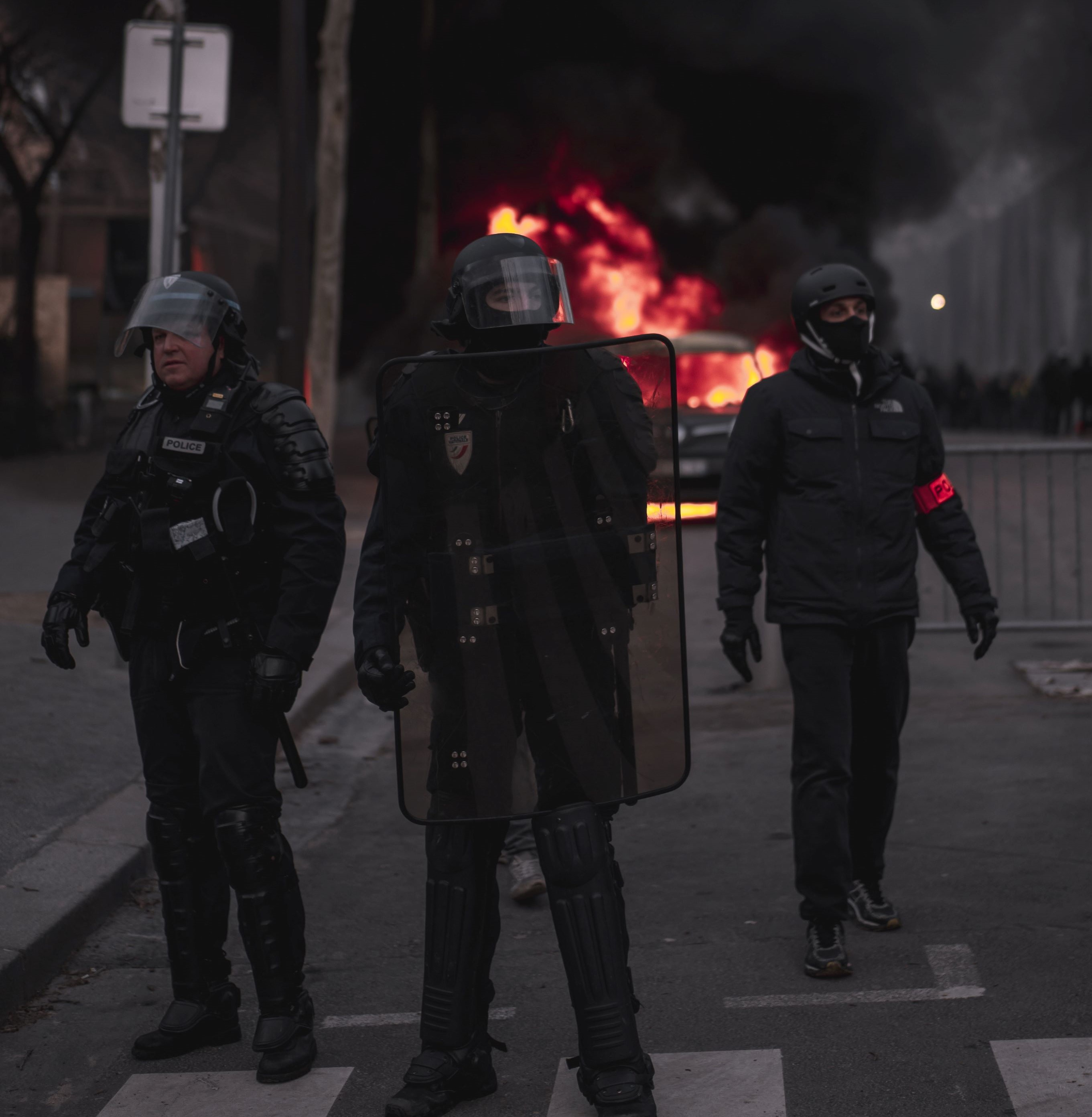 Combatives are very standard across the board for tactical athletes, almost every police or military organization uses combatives and for good reason. They are designed to be quick & easy to learn yet still be highly effective for their purpose; and this is where they thrive. What combatives do is they provide a standardized framework to learn and develop fighting capabilities.  Most of the time these combatives are learned over a 6 week to 6 month period and cover grappling, striking, weapon use, and combat against armed assailants all while having most practices be pre-approved for utilize in use of force situations.

In my opinion this makes it the ideal framework to being your martial arts journey for the purposes of being a better tactical athlete. Having these principles and mindsets as your base go to thought processes will allow yourself to be effective in dealing with violent situations with a key mindset on combat and unknown variances rather than sport purposes.

But many of these have a significant downside, they are limited in growth. Because their original intent and purpose was based around the framework of teaching large groups of people high efficiency moves over a short period of time; many have become limited to those factors. There will be some gyms that have overcome this and also include more advance developments through the integration of other martial arts but most have not. After a year of training in most gyms and you will have fully capped out on their knowledge, while a sport like judo, brazilian jiu jitsu or muay thai can have lifetimes of knowledge and development over combatives classes. This is not a definitive statement just a very common occurance seen across the dozens of gyms and programs I have been a part of.

You also have the fact that many are designed around specific situations rather than understanding principals that can be utilized in a variety of situations. I have seen plenty of combatives masters be stumped by mildly trained martial artists who have articulated their bodies in a different way than they are used to, if you explore youtube you will find thousands of these types of videos.

Now I hope this hasn't dissuaded you, because these are some of the most effective martial arts to learn in a short period of time and some of the principals of combat that they teach are invaluable. But understand their purpose, for most of my police officer clients I recommend using this as the base of their knowledge and after they graduate from it moving to other martial arts but still taking twice yearly refresher courses to ensure you can maximize their use and application in the field.

MMA is a very effective hybrid of striking and grappling martial arts, essentially taking the strength of both to make an "ultimate martial art". For most tactical athletes this should be a near ideal end goal of any martial arts training for field use. Now it is not perfect either, you will still be wanting when it comes to use of batons or other tools of the trade and defense against armed assailants. In totality it is very effective; giving you a significant advantage over a wide range of situations you may experience but know that even this is not a perfect single option.

What To Look For When Finding A Gym

Martial arts gyms are a very unique and potentially mystical setting, in almost every society on earth we idolize the martial arts master; their ability to spend years honing their craft and become the ultimate hand to hand fighting machine. But this societal mysticism and reverence has also led to a large amount of posers pushing false accolades and sometimes even supernatural powers. I can't even express how many times I have had "Special Forces Soldiers", "Ninjas", ETC come up to me telling me about their abilities and how they could "destroy me in 5 seconds". To then setting up a sparring match at their local gym, and then promptly getting their butt handed to them by myself; now I am not a master but I am functional in the use of martial arts especially above the average person. Hell even MMA legends like Bas Rutten have experienced this. This isn't to brag, this is to explain how some people will prey on unknowledgeable people looking to participate in martial arts in an effort to steal money from them or sometimes just to be a respected/admired bully (I personally went to a class like this where an instructor would regularly break his students bones by "demonstrating moves" just to seem like a badass).

How To Effectively Implement Martial Arts Into Your Training Regiment

Martial arts are a very difficult skill to master and it can be very physically demanding with fairly high injury rates, high CNS requirements, consistent muscle/joint soreness, and even some reductions to maximal strength and maximal aerobic capacity. This can make it counter productive when looking to maximize your physical capabilities as a tactical athlete.

So how do we both maximize our physical training and our martial art skill development? Well there are a few points that need to be taken into account if your goal is to become an "ultimate tactical athlete":

In the end remember that if your goal is to become the ultimate tactical athlete that needs to be your focus, you can certainly become extremely proficient in multiple areas but as the old saying goes you must become a "jack of all trades, but a master of one".

Do You Want To Dial In Your Fitness & Nutrition To See Great Results?

Look no further, The Warrior Path has an immense wealth of knowledge for all fitness and nutrition goals. We have helped hundreds of people achieve their goals and we can help you achieve it to. Start today by checking out our services page and get a free 1 week trial by applying at the bottom of the page.

Back to The Warrior Path